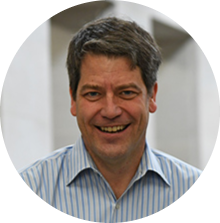 Secretary Bernhardt named Tod as the Department of the Interior’s Chief Data Officer (CDO) in August 2019. As CDO he’s helping the Department transparently answer tomorrow’s questions today while opening up DOI’s data to the next generation. For the past 5 years Tod has been a senior leader in the Department’s CIO organization.

Tod started his career working for the Environmental Protection Agency (EPA) initially bringing geospatial expertise to the Nation’s water quality monitoring and assessment program and later the entire EPA water program. In these roles he partnered with state and federal agencies enhancing information based public policy decision making. Prior to EPA, he contributed to the Nature Conservancy’s conservation design efforts in Colorado.

He is located in Washington, D.C. and brings a wealth of experience.